Lots of wildlife busy at the Oak Tree

It’s that time of year when there’s a lot of wildlife at The Oak Tree – we have a whole string of nests along the hawthorn hedgerow at the bottom of the field judging from the chattering of nestlings rising as the adults return. Swallows are swooping low over the community supported agriculture beds, presumably hawking insects. The swallow traffic is almost incessant during the day. And today we had a sight of what is probably a female lesser stag beetle, though this photograph shows why you shouldn’t bother taking pictures of anything less than human-sized with  mobile phone camera! 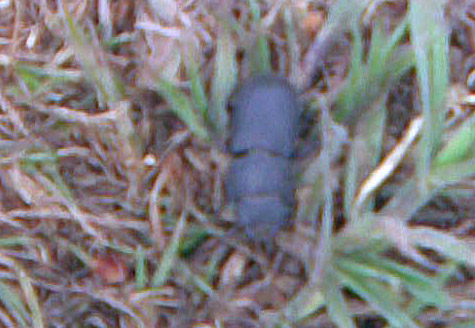