They’re big and they look fearsome but they’re harmless eaters of decaying wood. The stag beetle is Britain’s largest insect, and we’re lucky enough to have quite a few it seems. Despite their striking jaws they don’t sting and aren’t aggressive, you could get a nip from the female if you really try but the ‘antlers’ of the male are largely for show and posturing.In general they freeze when they feel threatened, which isn’t entirely smart when they’re on the path from the gate to the shed by the vegetable beds. 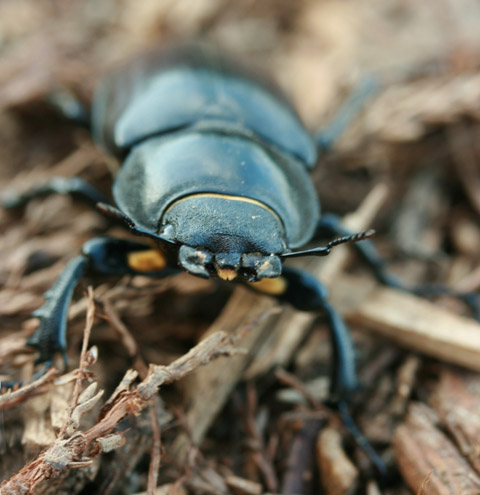 There is a large enclave near Ipswich according to the NBN but we seem to be a outlying site from their map. 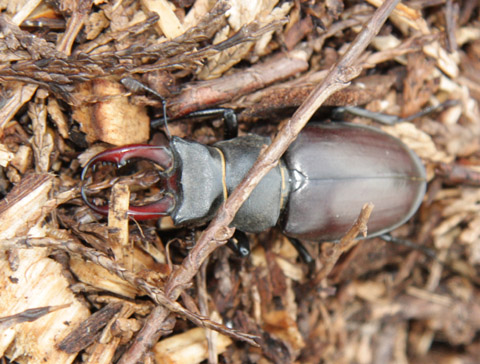 We’re delighted to have these remarkable creatures, which feed on decaying wood. They seem to live in the hedgerow down the bottom next to the path. If you do spot one on the path and they seem to be at risk of getting trod on then it’s okay to move them off the path into the wood-chip or the hedgerow. It would be a shame to lose any of these charismatic creatures unnecessarily. They spend three to seven years as larvae, feeding on decaying wood, before coming out as adult beetles usually seen between May and July.

As well as the stag beetle Lucanus cervus we have sighted some lesser stag beetles Dorcus parallelopipedus, which are smaller and have a matt black wingcases (as opposed to the dark brown and shiny wingcases of the the Stag Beetle) 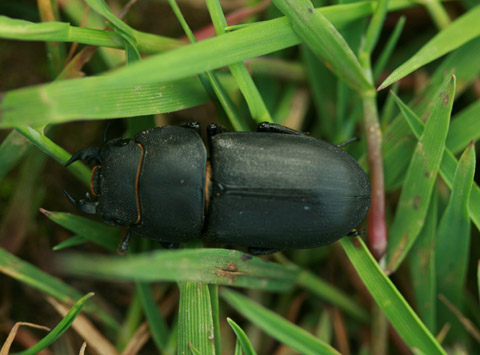 Our female stag beetle in the first photo was a decent size at about 4cm, though they can get bigger than this individual- 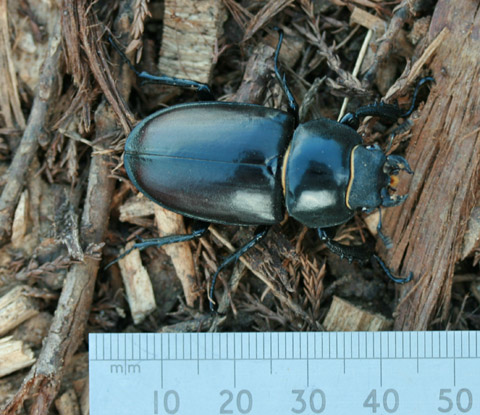