The Squash harvest looks good, you’ll have already had the Spaghetti Squash and some of the Butternut squash, we have a good harvest of the Japanese squash n the cold frames for storage (this stores better than the other two)

Japanese Squash in the cold frames to keep off frost 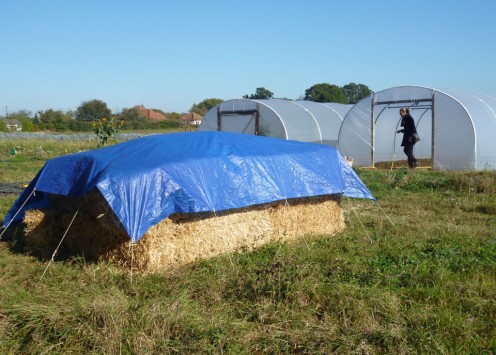 The new polytunnel is doing well with new seedlings

Seedlings in the new polytunnel

and discovered an elephant hawk-moth in the Great Mullein 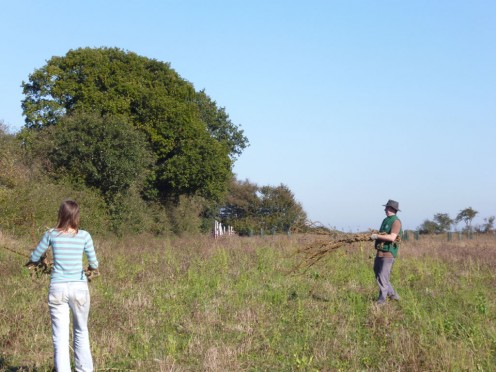 and enjoyed the heady scent of the Wormwood, with some thought of making smudge sticks from it – the pungency of wormwood was traditionally used to drive out insects in the home 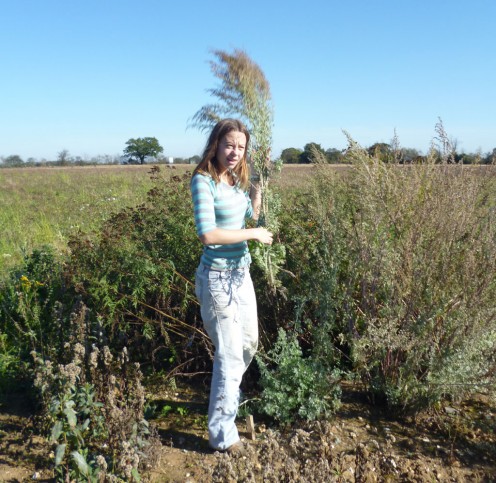 Kirsty with some Wormwood

Tom spotted a fox in the disrtance with designs on Lewis’s chickens, so he charged off up the field after it, causing much merriment as it looked an unequal battle, four legs good in the speed department 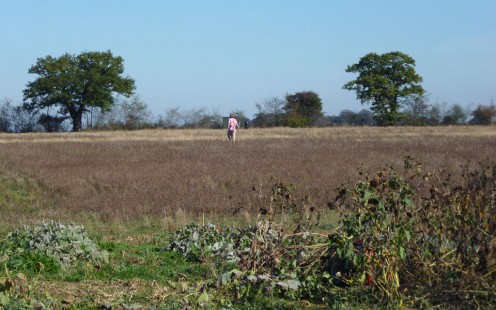 There's a fox out there, Tom! 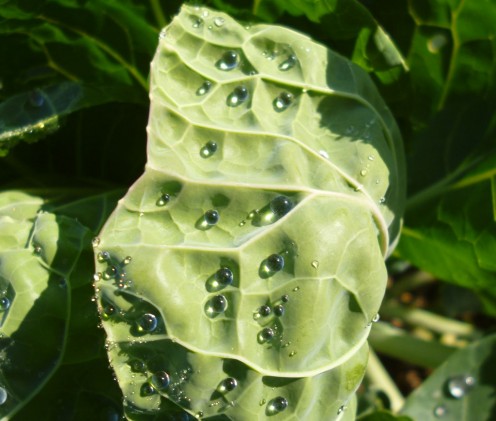 It's getting colder - early morning dew on the brassicas

Sunflower in the fabulous sun for the working party today

It won’t be obnly the Oak tree goldfinches that benefit from the sunflowers, Tom and Kirsty will hang this one up for their garden birds

Pecked out by Kirsty, not the sparrows