A Very Happy New Year to you

As far as I am concerned, as soon as the days start to lengthen, following the shortest day (this year: December 21st 2012, it does move a little some years) it is the New Year. This isn’t some deep-seated pagan belief on my part; I’m not affiliated to any particular religion, though I have much respect for all major religions. Rather is it the feeling, and it really is a feeling in the most literal sense, particularly after being outdoors harvesting in the recent days of rain, cold and wind, of nature turning a corner and the promise of things coming back to life. 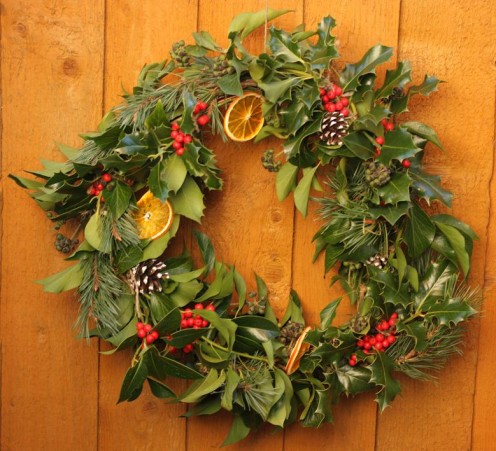 There was an ancient belief that the wheel of the year stops, briefly, at the time of the winter solstice.

Plants have all but stopped growing now, and they won’t really get going again until the trigger point around Valentine’s Day when the day length reaches ten hours. It isn’t just the cold slowing things down, indeed it has been very mild lately. It is the short days..

The time around the solstice is, for me, a time to slow down, celebrate what has been, and just begin to look ahead at the year to come. Who could fail to be optimistic about new year on The Oak Tree Farm knowing that Tom Wilmot will begin work in January? And as I look back over 2012, I am left amazed, and humbled, by the dedication of CSA members to our innovative vision of fun, sustainable, healthy and viable food production. Thank you to you all.

The stakes could hardly be higher. The economy is faltering. I have had many conversations with CSA members over the past year who are very, very concerned about the future with all the problems of a disintegrating economy. I don’t fool myself that The Oak Tree, right now, offers a solution to rising food prices, falling incomes and insecure work patterns. 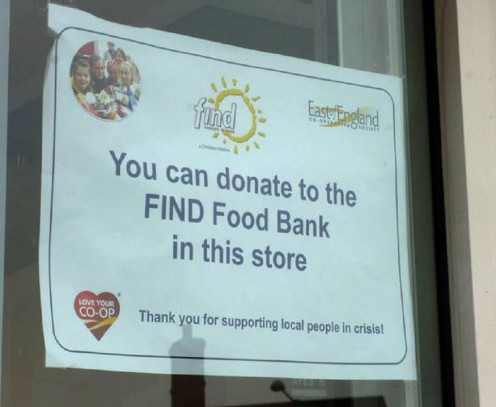 Our aim is, over the whole year, to provide excellent food at a reasonable price. The weather this year has seriously hampered that goal. However, next year, if we work hard, and the weather is reasonable, we can all improve the yields of our crops thanks to our efforts. The limiting factor isn’t the area we grow on, rather it is the amount of work we all put in. As our soil improves, as we all gain skill in our gardening, and as the prices of food elsewhere goes up, there is the real possibility of producing very good value food at The Oak Tree Farm. That is my aim, and sincere hope, for the years to come. The other side of this is, for the farm to be viable in the long run, Tom and I need to earn a reasonable living for the work we do, which is not the case at the moment. This (producing good value, good food in a sustainable, fun way while earning a decent living) is a puzzle I haven’t yet solved, but this year I shall be working on it!

Watching the year’s extreme weather events, including our dreadful vegetable harvest (in large part caused by the crap weather), not to mention a hurricane in New York, and endless flooding around the UK brings climate change into sharp focus. One of my main objectives in setting up The Oak Tree Low Carbon Farm was to combine producing good food with reducing environmental impact. At the time I wasn’t fully familiar with the possibility of sequestering carbon in the soil with good husbandry techniques, but now this is one of the main aims on the farm. By enormous good fortune this is also the way to improve our harvests without using artificial chemicals. Chemical fertiliser require enormous amounts of energy to manufacture and does terrible damage to the soil with years of use, rendering it a sterile “blotting paper” medium for more chemical fertiliser. None of us wants to douse our food in ill understood chemicals produced by big business. 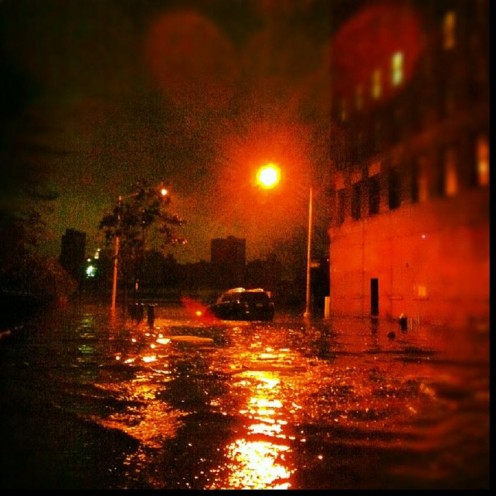 A picture posted by an old schoolfriend of mine who now lives in New York. We lost contact with her briefly during the hurricane – very frightening.

Soil can, with careful management, absorb enormous quantities of CO2 from the atmosphere. We only have 12 acres, as yet, so the best we can do now is to demonstrate the principle while having only a small impact. But the farm was always intended to be an experimental site, and a demonstration farm. We named the new not for profit social enterprise “The South Suffolk Low Carbon Food Community Interest Company” for a reason. My future plans are not limited to our current 12 acres…

Also, there is the issue of the quality of our food, and the associated health issues. I watched the film Food Inc for the first time this year.

I’d seen images of industrial chicken production before, but not since I’d kept chickens myself. This time I burst into tears at the sight of such misterable, unhealthy creatures. The film features one of my all time heroes, Joel Salatin of Polyface Farm. He may be coming to the UK in April. If he does, Eric, Tom and myself want to go see him! If you get a call for help harvesting while we’re away, please know that it is for a very good reason! I have put in a request to the Ipswich Film Theatre for a showing of the related film (also featuring Joel Salatin!) Fresh:

If you are tempted by this film, why not get in touch with the IFT to request a showing too?

The production of meat is a dangerous subject to discuss, and I when the Transition Ipswich Food Group (the group that helped to create our CSA) was created I recommended we adapt a policy of diet diversity and tolerance. There is nothing more futile than a committed vegan trying to persuade me to give up eating meat. This isn’t just because I am a crazed red meat eating nutcase, indeed I spent a year as a pretty strict vegetarian. I happen to believe it that a small quantity of meat, or at least high quality dairy, is essential for good health, and also that a low density of animals are essential in our northern climate to good husbandry of the land. Yes, I have heard of vegan organic, and it can work. But it isn’t as productive IMHO. Equally there is nothing more futile that my trying to persuade a committed vegetarian to eat meat. I would also consider it very impolite for me to even think about it!

I respect both vegans and vegetarians for the food choices they make. I know that other people have views and values diametrically opposed to mine. It is like religion. No point arguing. I would prefer to search for common ground. And there is enough common ground between us all to come to a wider consensus about food, IMHO. To produce good food you need:

I’d better stop there, otherwise I may get into hot water. But these are principles that are respected at The Oak Tree to the very best of our abilities. And by doing so, I believe we are all taking steps to care for our heath, and that of our families.

I am a huge fan of Tim Lang, Professor of Food Policy at City University. He is the chap that came up with the concept of food miles, among many other things.

I wrote the above before I watched this video of Tim Lang speaking earlier this year:

If it looks a bit long and you are busy, start at minute 28

He has been a source of inspiration for The Oak Tree since the beginning, and when I was once cheeky enough to invite him to come and see us, he politely declined, but  he did say this about what we are doing. I printed it, laminated it and pinned it above the packing table. When I am cold and wet, it helps.

“…. what you are doing looks and sounds great. Keep going. These kinds of initiatives and ‘dares to experiment’ are both vital and inspiring. Don’t give up.”

To be perfectly honest I don’t know exactly, and one of my first jobs for the New Year is to give the question “how to we square the circle of earning a decent living while adhering to our values” some serious thought. I have plenty of ideas, including, but absolutely not limited to:

Tom, Eric and I (directors of the social enterprise) have decided not to expand the CSA membership in 2013. We had originally planned to expand from 36 members to 54. We have decided to consolidate our existing vegetable beds and really concentrate both on improving the veg harvest in 2013 and also on developing new activities and low carbon produce from the farm. Importantly, each veg CSA share will still have the same area of land allocated as before, there will simply be fewer members.

As a result of this decision, the veg CSA is now fully subscribed from June 2013 – May 2014. If you haven’t completed your membership form for next year, feel free to contact me to join the waiting list for new members. It is important that members who have signed up for June 2013 – May 2014 continue to commit to the CSA for this period (at least!) as people dropping out of the CSA once they have signed up (ie filled in the membership form and signed it) is very disruptive and causes us a great deal of extra work, stress, and financial problems. If there is a really good reason for leaving the CSA before the end of a CSA year (June – May) after having signed the form, ie moving away from the area, then please come and talk to me about your plans. All members signed up for next year will have first refusal on places for the following CSA year (June 2014- May 2015).

Beyond The Oak Tree Farm (having just talked about consolidation!) I have had some intriguing discussions about the possibly of expanding our low carbon farming beyond the limits of The Oak Tree. I had the pleasure of contributing as a guest on of the panel deciding the future policy concerning Suffolk County Council’s farms – there was an open question about whether or not the Council should sell off their considerable acreage. Myself and Doeke Dobma of Clinks Care Farm  presented our alternative approaches to farming, pointing out that there are potential environmental, health and social benefits of farming too.

When they asked me, “If we were to offer you a farm to rent, would you accept?” I swallowed hard and said, “Depends where it is, and how much, but if those were right, then ‘yes’”. Through various circuitous routes another two pieces of land have been mentioned to me as possible sites for low carbon farming. Suffolk is home to one of the really great pioneers of farming, Prof Martin Wolfe of Wakelyn’s Farm. I would dearly love to be involved in applying his ideas to a plot of land larger than The Oak Tree.

But I’ll come back down to earth again! We have not taken on any additional land, and do not plan to do so in the immediate future! For now, we are concentrating of getting our CSA working well, making it more  productive for everyone involved. Once that is safely in hand would I be happy to expand our horizons.

Happy New Year, everyone. Here is to a productive, enjoyable and exciting 2013 at The Oak Tree Low Carbon Farm!