A huge thank you to everyone who spend last weekend battening down the hatches at the farm in preparation for Storm St Jude. 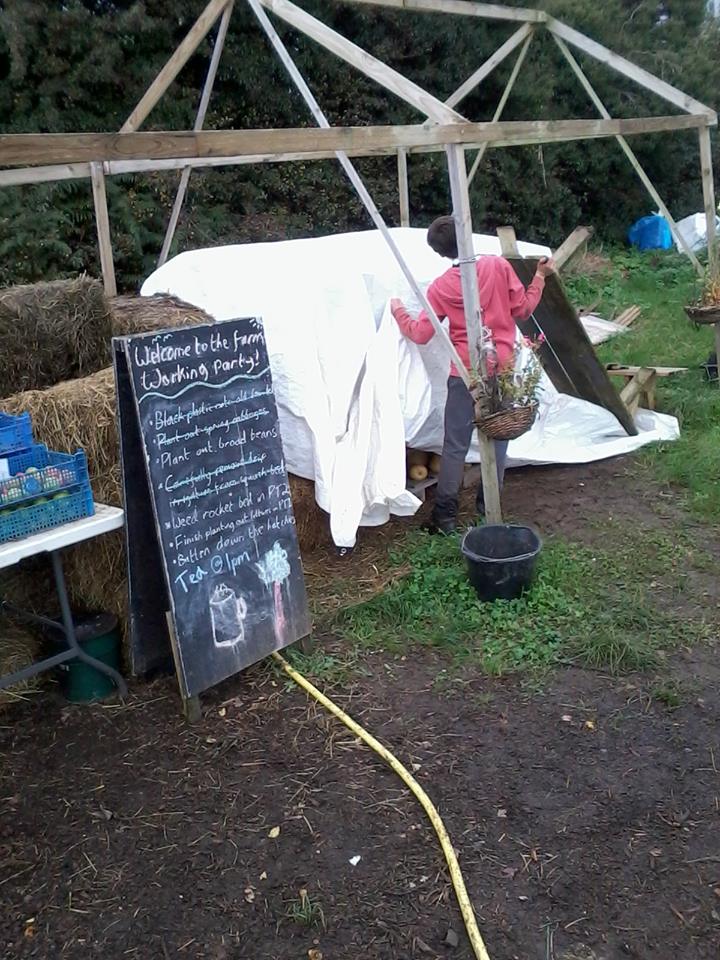 Frans battens down the squash store during Saturday’s working party

The scene this afternoon was far less catastrophic than I had feared: all the animals were fine, and their houses still in place, well done to the Sunday animal house securing team, it all worked a treat. Here is Graham’s patented technique for using a spiral dog anchor to hold down a chicken house: 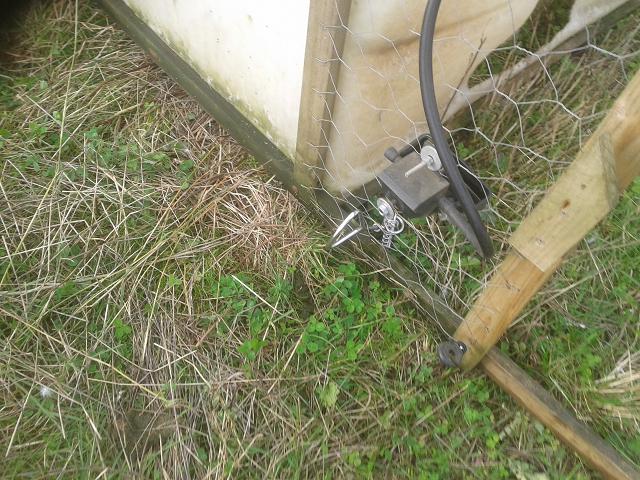 How to pin down a chicken house with a dog anchor

Because this is what happened to an unoccupied chicken house that wasn’t pinned down! 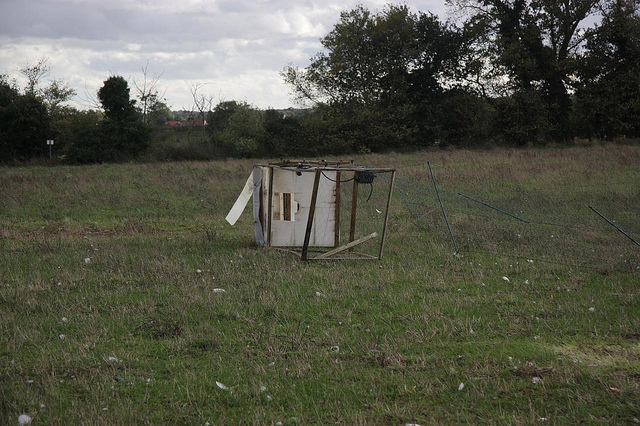 Although much of the mesh and black plastic had been blown off the crops, none of it had blown away which is, frankly incredible: well done Shirley and Angela who spend Sunday afternoon lugging enormous logs to weigh both down! 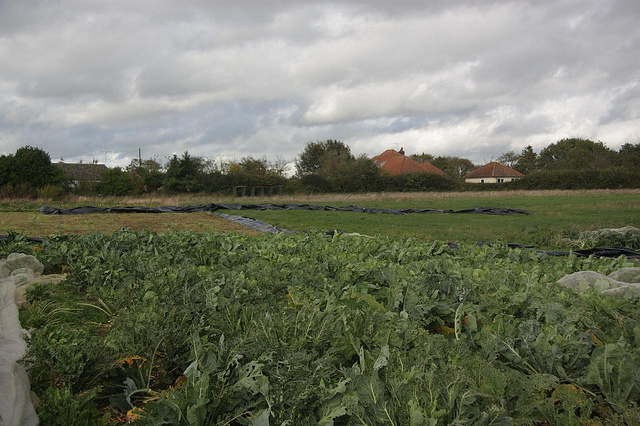 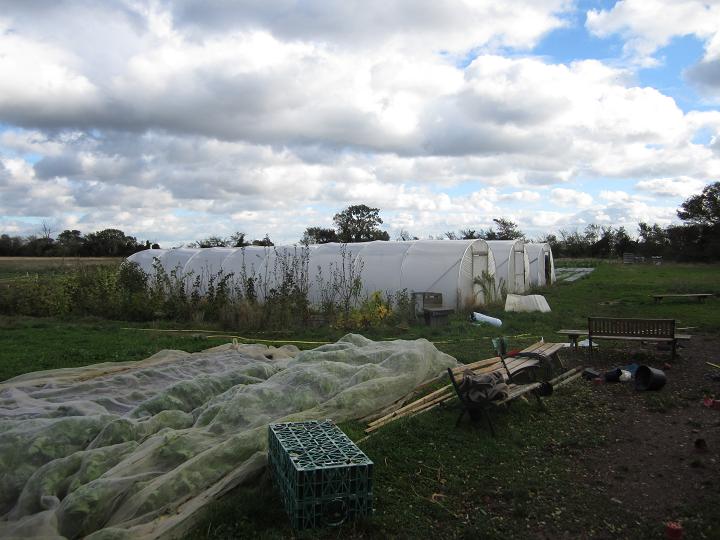 Thanks to our clever members who built the polytunnels so well they are all undamanged! 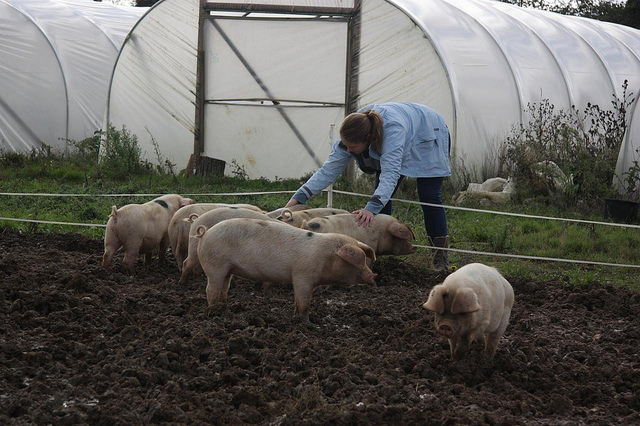 The pigs enjoying a reassuring back scratch after the stormy night!