We’re delighted to publish this thoughtful, and very interesting, guest blog post from farm member Dave Watston. Not only is Dave a trained professional chef, he is also an academic with a particular specialist subject which is very relevant to the “Save the Oak Tree” Campaign. 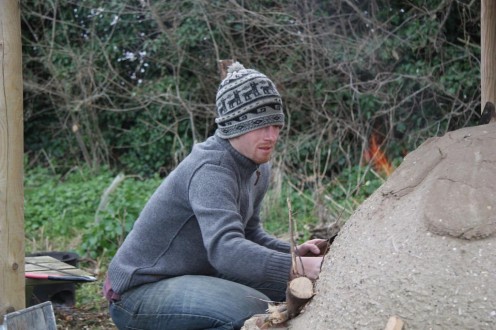 ‘It’s the economy stupid’ is a well worn political catchphrase conjured up by Bill Clinton’s 1992 election campaign team to underline the importance of gaining voter’s confidence in managing the economy. Fast forward 23 years and the Tories have just won the 2015 election because of their economic credibility (or so they would have us believe). So clearly it’s important, right? But why, we all know that money doesn’t buy you happiness or does it? Presumably money’s value so to speak is that it enables us to have things that make us comfortable and or happy like a nice house or an ice cream. In which case it’s not about the economy but actually our happiness or well-being, money simply being a tool that enables us to get there, but does it allow us to get everything that makes us happy. What about meaningful relationships or a fulfilling job and what has all this got to do with the Oak Tree Farm anyway?

Well for the last 3 years I’ve been studying for a PhD exploring the links between wellbeing and participation in community food projects, one of which is the The Oak Tree Farm. Now anyone who is involved with the farm and possibly many people who aren’t might think it’s blindingly obvious that these kind of enterprises are good for us, so why bother spending years studying this. Whilst there’s been a lot of interest and growth in the local and alternative food sector, there’s been very little done to turn this common sense assumption into an articulate argument that describes the benefits of places like The Oak Tree. There’s also quite a lot more work to be done to persuade the policy makers that it’s not the economy stupid, despite the Cameron government launching their ‘happiness index’ when was the last time you heard how well the nation’s well-being was doing as opposed to the economy? When I started writing this blog post I tried to distil the research I’ve been doing but I simply can’t condense all the research I’ve done over the last few years into this blog post.  I can tell you how great it is from my own perspective as a member but perhaps the best way to give a sense of just how much the Oak Tree means to those involved with it is to let them say it in their own words.

“…You go through the gate and there’s a big space and a big sky and having cycled up or driven up going through the town and Rushmere and suddenly you feel a sense of arrival somewhere different, you’ve sort of stepped into your countryside”

Early morning sunrise at The Oak Tree, and cabbages!

“How do we get access to land other than walking through it in a twee way, how do we actually feel it and touch it, you know and that’s what I’m doing in those tasks that I’m doing and um therefore you know you either get yourself an allotment, which can be a bit of a headache potentially or you could try this, I’d say try this”

“it’s an idea, an example of how you can make use of land and get people involved in food production and it’s not just saying we should do this it’s doing it and that’s quite nice, cos that’s essentially what needs to happen, instead of people just talking about having solutions to food problems is people actually doing it”. 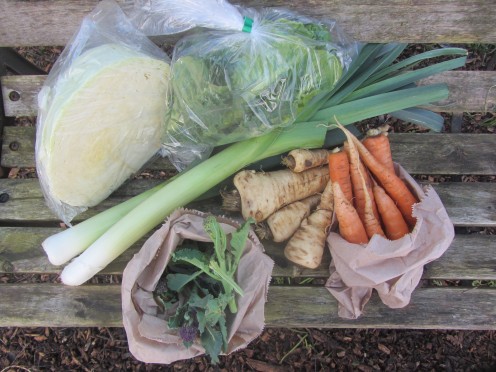 “I feel like I could be anywhere, I could be you know unemployed or poor and I would still manage my [weekly payment] for that veg so it feels quite um the self reliant, that feeling of self reliance, that’s the satisfaction I think, cos you feel no matter what you’re not reliant on a supermarket system or a food system that might not sustain itself, I could do it.”

“I think perhaps also the fact that we feel we couldn’t go back from having local veg really that we’ve also had a part in producing as part of our regular diet, we’ve never had that before the farm, so that is a huge change to our lives and maybe we could go back to not having that but I think I would be a lot unhappier” 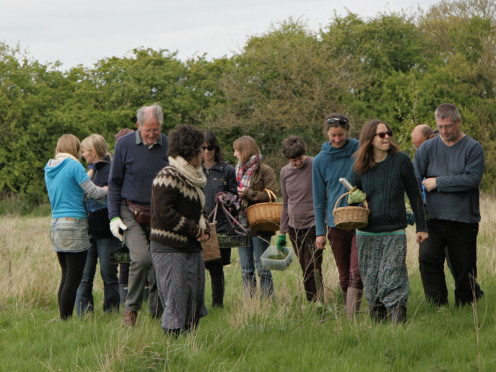 “I have used this really trite phrase that Joanne, doesn’t just grow vegetables but she’s growing a community which I think is absolutely true, you know I’ve got to know people you know some brilliant people some really great people you know I never would have met otherwise and I do look forward now to going up there and to seeing them” 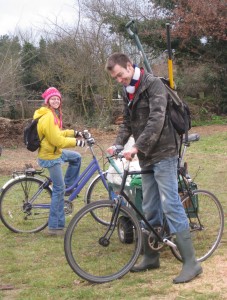 Tom and Kirsty, with an unusual method of carrying a spade on a bike

“You’ve kind of got lots of benefits all combined together whereas in other aspects of life you could have some of those benefits in different areas, so you could have your exercise benefit by going cycling, your social benefit by going to the pub whereas at the farm you’ve got your exercise, you’ve got your health and nutrition and your social aspects all combined together which i think is doesn’t always happen… it’s that combination is quite unique and that sharing, sharing of recipes and sharing of a bit of support.”

Ironically the farm is currently experiencing what could be described as an economic crisis and a pretty serious one to say the least, but if you look at the wider context, this predicament can be linked to a persistent preoccupation with economic growth at all costs, one which the farm simply doesn’t fit into. This shapes our lives in many different and complex ways, but in my view we need to change this way of thinking and cultivate a society that pursues wellbeing as its central aspiration. For an enterprise that is actively trying to achieve this to fail would be a poor reflection on ‘progress’ and would leave behind a huge deficit in this community’s well-being.