Here at The Oak Tree Low Carbon Farm we are constantly seeking to reduce our carbon footprint to a minimum, while also using our ecological farming methods to sequester carbon from the atmosphere into the soil. We don’t just want to be low carbon: we want to be carbon negative – to sequester more carbon than we emit through our farming activities. This is a radical departure from the status quo, according to Nature one-third of our greenhouse gas emissions come from agriculture.

We have worked with a number of techniques in the context of addressing climate change at The Oak Tree, including:

Tragically, DEFRA chose to ignore the potential for sequestering carbon in UK soils through mob grazing or mob stocking. We send this briefing paper to the Department for Energy and Climate change, and received this utterly dismissive reply. We’re simply wasting time which could be spent getting carbon stored into soils. The Oak Tree is only small in size so all we can do is demonstrate the techniques and make our small contribution: the truth is that these techniques need to be rolled out on a massive scale.

We believe that mob grazing can work here just as it does in other countries as we’ve seen the improvement in our soil, and the plants which grow on it. Sadly we don’t have the time or money to do scientific studies on this, though we have enough scientists in our farm community to have a good go at it! Soil tests are both expensive and time consuming, and we are forever short of both time and money.

This talk by Dr Elaine Ingham changed the way Joanne understood soil forever and her methods have been used to improve our soil, slowly increasing the volume of compost made with her very precise methods in order to reintroduce vitally important life back into our soil which had been killed by decades of Industrial Agriculture. 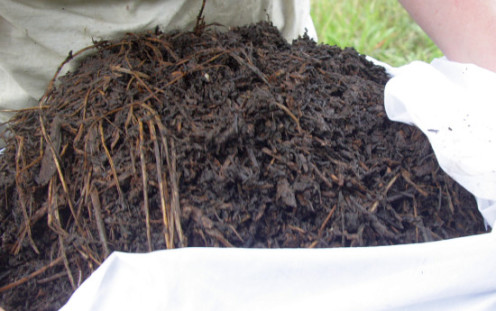 Skip to two minutes into this video to avoid all the conference housekeeping. It is long, but this stuff isn’t simple. It is, however, fascinating!

When we kept our happy free range pigs, we put them onto our veg beds between crops to clear the ground, manuring as they went. They stayed on each patch for two weeks only, we then scattered woodchip thinly over the top before moving the chickens onto the same patch for a further two weeks. The woodchip provided an injection of carbon based material to absorb the nitrogen in the animals’ manure, and increased soil carbon and fertility.

We also fed our animals on waste food from the nearby town which would otherwise go to landfill.

Why avoid nitrogen fertlisers? The Haber Bosch chemical process which produces nitrogen fertilisers used 1% of the world’s energy supply. That means a lot of greenhouse gas emissions. We use nitrogen fixing plans whenever we get the opportunity, and we never use chemical fertilizers (or pesticides for that matter!): clovers, vetch, trefoil, and Italian Alder trees as windbreaks.

I’ve leave the final word to my hero Joel Salatin of Polyface Farm in the States.